The Seine-Northern Europe Canal is the central link in the European priority project Seine-Scheldt. This includes the creation of a large-scale waterway for barges up to 4,400 tonnes between France, Belgium and the Netherlands. Arcadis and Sweco are the partners of the consortium responsible for the design and studies of the section between the French municipalities of Allaines and Etricourt-Manancourt. Société du Canal Seine-Nord Europe is the client and principal.

Kristof Peperstraete, Arcadis Belgium CEO said: “According to Arcadis, mobility is one of the biggest challenges of the future. This project will give European inland shipping a strong boost so that we can keep a lot of freight off our roads. It is important to join forces with other engineering firms and to use Arcadis’ international expertise to assist clients in such complex projects that have an impact across national borders and generations.”

This project is of great economic importance for Europe. It will give a powerful boost to inland navigation between Northern Europe and the Paris Basin. The Seine-Northern Europe Canal is a large-scale project for France and Europe, the completion of which is a major environmental achievement that contributes to achieving the energy transition objectives promoted by COP21 in Paris. On European roads, the equivalent of 15 to 20% of the road transport on the Amsterdam-Paris axis will disappear.

The new channel will span 107 kilometres between the Oise in Compiègne and the Dunkirk-Scheldt canal near Cambrai. In total, seven locks, three canal bridges and 61 bridges will be constructed. Work in our section should start in 2022 and commissioning is planned for December 2028. Given the size and complexity of the project, the design and project management are subdivided into different geographical sections.

Shipyard of the century for inland shipping

The Seine-Northern Europe Canal is part of the European initiative to connect Belgium and France with each other and the rest of Europe through a network that can handle larger freight transport with inland vessels loaded with bulk or containers. Within this framework, Arcadis and Sweco are also participating in the Seine Scheldt Flanders project, commissioned by De Vlaamse Waterweg NV. We are responsible for developing solutions for widening and deepening the existing waterways, raising bridges and modernizing several lock complexes in Flanders.

In addition, we are studying raising the height of 31 bridges over the Albert Canal, so that container ships can load four layers of containers and pass through on the Antwerp-Liège route. This will improve the general mobility in the Albert Canal area and increase the efficiency of shipping traffic by 33 percent.

Read the press release in French

Read the press release in Dutch 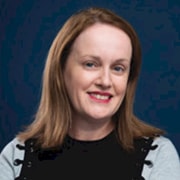