Managing disruption to the construction industry 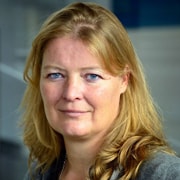 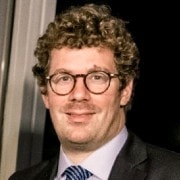 Nicolas  Boffi
Directeur Développement
A noteworthy consequence of the growing Covid-19 pandemic crisis is the progressive disruption of construction sites across the world as lockdown procedures are becoming stricter.

While the outbreak seems to have passed the peak in Asia (with China currently trying to revive its huge economy), the rest of the world is still struggling to contain the virus. As many countries and global cities shutdown, construction projects and sites have been suspended and the local economy has been increasingly impacted. Given the construction industry’s input to employment and their importance for the vitality of cities, this situation is an unprecedented crisis.


Most western countries were not prepared for this outbreak. Many initially attempted to balance business continuity while implementing public health measures, fearing a country paralysis and its associated economic impacts. This was the case in France and the UK, which did not close until March 24th, and until then had a sort of unclear approach to the operation of construction sites and many continued business as usual, to the health risk of the workers. Without clear guidelines, contractors were mired in uncertainty: how to keep employees safe, deal with supply chain delays or shortages? Should sites be closed and a force majeure situation declared? What are the contractual impacts?


A need for public policies clarifications


Construction projects and contracts may be affected by Covid-19 issues in that there may be limited availability of materials, reduced productivity, increase health and safety measures, and possible site closures. The recent evidence from Italy and France, and now the US, shows that contradictory orders from governments, and late or half measures have worsened the situation. One growing similarity between countries is the need for clarification around public policy through the following actions:

France, Canada and Germany have already started to implement this approach as well as the UK, which after their initial seemingly laissez-faire period now seems to be on the same path.  Some concerns and impact that may linger for clients affected by this crisis include interpretation of contract clauses, potential for claims, risk of supply chain impact, disputes, and recovery planning.


Lessons from China – how to reboot the engine


Recent figures release by the Chinese government show that in coastal Chinese cities, there is a clear upturn in terms of concrete and material supplies, as well as labor resource, compared to mid-February which was the peak of the outbreak. That said, the situation is still being handled very carefully by China, who has seemingly been willing to sacrifice its economy to prevent a resurgence of the infection. In the Hubei Province where no new cases have been recorded over the last few days, reignition of the economy is still slow and under control.


The reopening of construction sites after the outbreak should be done very carefully. Moreover, it would be prudent to continue the Health and Safety recommendations after the lockdowns are lifted, for example, temperature measurement of workers and management of worker proximity. In particular, they should  be sustained for the foreseeable future in the event of the  potential resurgence of epidemics.


Get ahead of the curve


When lockdowns are eventually lifted, our recommendation is that public bodies conduct a mapping of all infrastructure and public facilities projects, and a reevaluation of pending building permits. The goal here is to evaluate the short-term possibilities to turn them, at reasonable costs, into more resilient construction sites and assets. The resurgence is likely to  be slow, and this is an excellent opportunity to step back and prepare accordingly for the  future.


There is a lot at stake for everyone. Given the scale of investment to restart the economy, governments need to think now about designing resilient infrastructures and reversible assets (such as hotels transformed into hospitals), accelerating off-site and modular construction as well as investing for the long term in the enterprise sector that will contribute to this, rather than spending public debt in maintaining a traditional, non-resilient construction sector.


This is an acid test for governments that are under pressure to subsidize the short-term economic and social impact of lockdowns. And this is a lifetime opportunity to secure our future prosperity in what will likely be a transformed world.