Designing the Airport of the Future 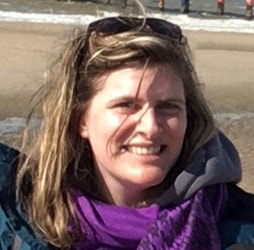 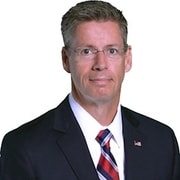 Airports are no longer isolated standalone complexes with the sole purpose of facilitating the transport of travellers to different geographic locations. Instead, they have evolved to being more like airport cities, inextricably linked to its external surrounding community, as well as focused on providing passengers the best possible transit experience. The era of the “aerotropolis” is upon us, and a multitude of factors need to be considered in terms of getting the planning and design right to create the airports of the future.

To survive and thrive while planning to meet the expected future growth forecasts, airport operators need to deliver infrastructure upgrades and expansion programs while managing a multitude of stakeholders and expectations. Specifically, the local community needs to be taken into account. Airports must consider what it will be like to work, live and travel in the surrounding area, and how it can drive and support technology-based economic development within a surrounding smart city region. They need to interconnect with the region around it and become a catalyst for aviation-related economic development, high value employment and regional competitiveness. There is a real opportunity for airports to move away from being simply a functional and transactional transport hub to become an engaging, high-quality experience for passengers and citizens alike.


The more the passenger experience within an airport can be made seamless and enjoyable, the more customer satisfaction will rise. Digitization can help airports champion the customer to reduce or even eliminate the most pressing passenger pain points and frustrations. For example, the use of facial recognition technology and biometrics can hasten the check-in process as well as be linked with baggage to reduce the stress in the drop-off and collection routine. Some airports are already decoupling passengers from their baggage by using electronic RFID tagging and linking this with the check-in process. In Hong Kong, passengers have the option of dropping their bags off at a metro station downtown and traveling to the airport with hassle-free hand luggage.


Travel to and around an airport can often turn the beginning of a passenger’s journey into a headache. Airports have the opportunity over the next 20 years to fundamentally transform this passenger pain point – and they will need to, because passengers will actively seek out airports with the fastest, easiest and cheapest transport routes. Automated vehicle technology is already being embraced to help move passengers to and from car parks and terminal buildings, and this trend will likely continue as the underlying technology becomes mass market and even more efficient. Fundamentally, airports will need to act as a catalyst by creating integrated transport master plans with their feeder cities. This can be done by integrating airport infrastructure with as many modes of transport as are economically and financially feasible especially because customers expect choice.


Terminal design must take into account and integrate the needs of customer. There are a small but growing number of airports – led by Changi Airport in Singapore – that are showing the way. They’re creating better passenger experiences by providing features such as quiet zones, sleep pods and multi-generational entertainment areas – suitable for young and old alike – which could have the effect of reducing passenger stress. The goal is to create a sense of place, where it’s pleasant to stay, as well as ‘experiences’ for passengers that include arts and culture, music, movies, fine dining, hotels and digital entertainment. When done correctly, this can create a virtuous circle, where better passenger experiences provide a greater opportunity to relax, which also bring about a greater willingness to spend.


Following the COP21 meeting in Paris in 2015, an initial target was set for creating 50 carbon neutral airports around the world by 2030, a target which was increased in 2017 to 100. Amid these and other environmental standards, airports are under pressure from more stringent local operating environments, where licenses to operate – and passenger preferences – are increasingly based upon meeting very local sustainability targets. Terminal buildings are by far an airport’s greatest energy consuming assets; specifically, elements such as being baggage handling, lights, cooling and IT infrastructure. New-build airports have the upper hand in getting the energy equation right from day one, but long-established airports also have significant opportunities to reduce their energy loads. Given the increasing demand for electricity, airports are introducing more resilient utility operations through improved energy storage technology, smart metering and smart grids to build resilience against major outages.


If properly designed and the latest digital infrastructure is leveraged, airports are in a unique position to not only satisfy the world’s growing demand for flying, but also deliver significant economic benefits in the form of tourism, trade and business services. By becoming an airport city – or ‘aerotropolis’ – they can bring far-greater economic and social benefits to a region than if they were to act in isolation. We owe it to our future generations to get the planning and design right.