The Horn of Africa, the mainland’s easternmost region, is reeling from droughts of recent years and continues to grapple with scarce supply of water and other natural resources. In Moyale town alone, near the center, competition over resources has been escalating due to the influx of refugees and dominance of livestock market. UN-Habitat worked with Arcadis through the Shelter program to develop a study into various solutions to help mitigate water scarcity for Moyale’s long-stricken communities.


A town with two sides

The chiefly pastoral town of Moyale straddles the border of Ethiopia and Kenya. It serves as a crossroad of migration routes for pastoralists from both countries. On the Ethiopian side, the population is higher, the trade market is bigger, and the cost of living is lower.

Unfortunately, these have caused migration routes to multiply and cultivated areas to expand — leading to worsening security and political tensions. Because of these threats, refugees have been flocking to the pastoral side of Moyale and over to Kenya, with up to 100,000 more refugees expected to arrive in the coming years. With the effects of climate change seeing no signs of slowing down, competition over the area’s already limited natural resources, especially water, continues to rise.

Through the Shelter program - UN-Habitat requested Arcadis’ support in assessing the town’s current water demand and availability and exploring the feasibility of building an infrastructure or system of infrastructures for water catchment and harvesting.

Arcadis’ specialists in water management, geographic information system, engineering and hydrogeology from the UK, US, Brazil and the Netherlands donated their time to collaborate on the project.

The team took stock of the water demand and scarcity in the surrounding hinterland as well as the future influx of refugees. The study ultimately covered the entire subcounty of Moyale, comprising over 9,000 km2 of arid and semi-arid land.

The team found that the area’s current water sources, mainly seasonal small-scale reservoirs, are insufficient for both the urban population and the largely pastoralist rural population. Because of this, along with the resulting loss of cattle, urbanization and water stress in the urban area may increase.

To mitigate water scarcity driven by these problems, The team probed into both low-cost and larger-scale (and longer-term) measures. Among the low-cost solutions considered were rooftop catchments and rainwater harvesting in the urban households to provide additional water supply options for families.

Deep groundwater development, in locations such as between Moyale town and Odda ward, was also proposed. The groundwater could be transported to the town to support urban water supply needs.

The hills around the town also offer potential for building sand dams. Water collected from these dams could be used for domestic purposes and small-scale irrigation. These will supplement the water supply from existing dams and small reservoirs in the low-lying rural parts of the subcounty.

Among the permanent water points considered were subsurface dams in the ‘lagas’ or seasonal rivers. These will help retain shallow groundwater in the riverbeds. Provided thorough geophysical site investigations are conducted beforehand, drilling boreholes could also be considered. The team carefully assessed potential conflicts and health risks arising from each solution explored.

The Shelter mission concluded after more than a year, in March 2022, with the UN-Habitat hailing the project a promising first step toward water security and a better quality of life in Moyale. With water supply issues given greater clarity, the study provides a sound foundation for infrastructure development projects to mitigate the emerging water crisis in the town. 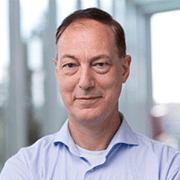 Philip Visser
a hydrogeologist in Arcadis with over 30 years of mostly overseas experience, served as the team lead of the mission

Interested in learning more about the Arcadis Shelter Program? Visit the Shelter page or contact us at: shelter@arcadis.com