Powering the change to zero-emission vehicles: 8 key factors for design and construction of charging infrastructure 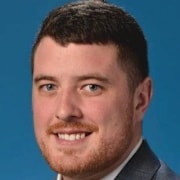 Recipes make cooking easier by providing predictability. But many recipes overlook variables that can alter the results. Weather, altitude, equipment types—even the brand-to-brand differences for kitchen staples like salt—can drastically change a dish. Repeatable results are far from guaranteed.

Urban mobility has its own recipe problem. Rigid signal schedules treat each commute the same as the last, ignoring disruptions from collisions, pedestrians, or weather hazards. As a result, a 30-minute drive on Monday might triple in length on Tuesday despite no change in departure time or driving style.

Professional chefs don’t swear by regimented recipes; they let the sights, scents and sounds of the kitchen guide the way. Atlanta’s North Avenue Smart Corridor project is taking a similar approach toward urban mobility, albeit using digital sensors, cameras and tools in place of eyes, noses and ears.

North Avenue runs through the heart of some of the city’s most important business, education and transport hubs. Drivers, cyclists and pedestrians depend on it daily, making it ripe for collisions, traffic jams and heavy emissions outputs.

Atlanta realized they needed a better recipe to balance traffic inflows. As part of the city’s Renew Atlanta initiative, Georgia Department of Transportation teamed with the Georgia Institute of Technology to turn North Avenue into a “living lab” for testing technology-driven solutions to safe, efficient and environmentally friendly mobility.

They selected Arcadis to design an Intelligent Transport System (ITS) that could sense and adapt to conditions along the corridor in real-time. A network of hundreds of Internet of Things (IoT) sensors at 26 signalized intersections combines artificial intelligence with traffic theory to support the flow of transit and protect citizens. Two travel lanes were also removed, while still maintaining throughput and speeds.

Advanced video detection systems and vehicle-to-infrastructure communications track traffic volume, speed and modes. Depending on who is traveling and how, the system adjusts signals and crosswalk patters to ensure safe and timely trips.

When an emergency arises, the system prioritizes the fire engines and ambulances responding to calls. It can even accommodate unusual traffic flows caused by events like the Super Bowl, which the city hosted in early 2019.

The power of data is a two-way street

The project’s motto is “everything connected to everything for improving safety,” and that includes the users. Travelers can download a free mobile app that taps into the network, providing signal timing details and notifications for safety hazards like speeding in a school zone.

The app goes beyond signals and signs, though. User-to-user information helps create safer, more efficient trips as well. Drivers receive potential collision warnings, and cyclists and pedestrians get alerts when vehicles are approaching at unsafe speeds.

Intelligent solutions: A recipe for success

Progress regarding safety has been remarkable, with accidents down 20-35 percent along different sections of the Corridor. The emergency vehicle preemption system saves an average of 6 seconds per intersection, getting first responders on site quicker than ever. The new system also consumes less energy than before, supporting the team’s mission to improve the environment along with mobility and safety.

Atlanta hopes the Smart Corridor will serve as a platform for pioneering Smart City efforts around the city. The project has been a resounding success, garnering accolades locally and nationwide, including:

Learning from the Machine: Improving O&M with data you already have