Arcadis at COP 26: Why it’s time for climate action in cities 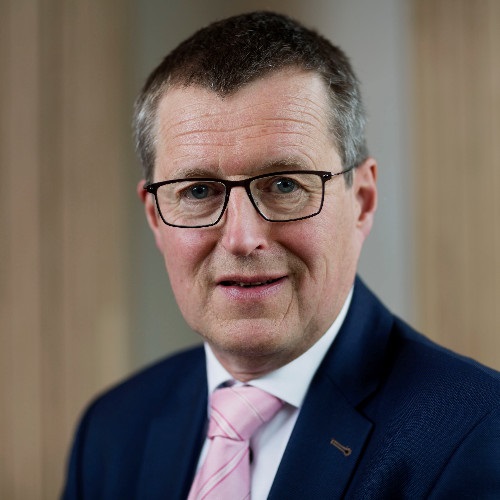 The energy sector holds one of the keys that can unlock solutions to the climate crisis. Establishing a net zero global energy network is a critical step in the overall energy transition we desperately need in order to mitigate the impacts of climate change.

The 2021 Intergovernmental Panel on Climate Change report on the physical science basis for climate change makes it clear that we’re not on the path to curb global warming at 1.5 degree Celsius. And the more recent, Emissions Gap Report 2021: The Heat Is On, states that current pledges to reduce greenhouse gasses have us on track to see global warming of 2.7 degrees Celsius by the end of the century. This is why at Arcadis, we’ve been researching and discussing what it will take to create a supercharged transition to renewable sources of energy, within national power grids.

Our research revealed that the ten countries we sampled (Australia, Belgium, Brazil, China, France, Germany, India, the Netherlands, the UK and the US) will all need to cut their energy sector emissions in half by 2029, in order to help get the planet on a path to limiting global warming to 1.5 degrees or less. Over this same period of time, there will need to be around a 6.13 trillion euros of global investment in renewable energy.

This is a massive challenge but a tremendous opportunity for energy companies, people everywhere and for the world. To find out more about what needs to happen now to supercharge the energy transition, we spoke with energy transition expert Hendrik-Jan Bakhuizen.

We started off by asking him what he sees as the main obstacles standing in the way of a supercharged transition to renewable sources of energy?

I actually don’t like to think in terms of obstacles or barriers but it’s true that we absolutely need to quickly accelerate the process of going green in the energy sector. So, for me, I think the most important thing that needs to happen is the global establishment of a legal, regulatory and investment context that will spur on the building of green energy infrastructure. As part of this, we need to make it more attractive for companies and people to switch to green energy and also to take steps to reduce their usage. Part of this is legislation and regulations that mandate emissions reductions but it’s also about stimulus funding and subsidies for innovation in this space.

This last point is so important because we don’t currently have everything we need, in order to create a net zero world, but I truly believe that we are within striking distance. The urgency of the climate crisis means we don’t have the luxury of waiting for the optimal solutions to emerge over time. We must be bold and also take risks in order to innovate the necessary technology and other solutions. We need a business and regulatory environment that fosters innovation.

Often when people think about the energy transition, they think about electric cars. Can you explain why we need to have a real focus on the energy companies and the networks they maintain?

There are two reasons why we at Arcadis believe the world needs to really focus on quickly achieving net zero emissions in the energy sector. First, generating electricity is one of the main sources of greenhouse gas emissions. Energy-related emissions are actually the majority of all emissions from human activity and the power sector is responsible for roughly two thirds of the annual growth in emissions. So, establishing a net zero global energy sector will be a massive leap toward our goal of mitigating the impacts of climate change.

Second, we need to have a net zero energy sector in order to begin eliminating emissions in the rest of the global economy. Electric vehicles (EV) are a good example. Of course, it is great that more and more people are choosing electric vehicles. They don’t emit gasses that fuel climate change. But think about how they are powered. If the electricity used to charge EV batteries is generated by burning coal or gas, then really operating that vehicle is still contributing to climate change. But in a future where all of our electricity needs are met from renewable sources of energy, we can operate EVs without harming the environment.

The simple answer is yes, this is all possible. Even a 169% increase in onshore wind generation from my quite small home country of the Netherlands is something that is achievable. But just because something is possible, doesn’t mean it will in fact happen. When it comes to onshore wind, one of the big challenges is that people look at a figure like more than doubling the amount of turbines in the UK and they say, “It’s not possible we don’t have the space.” This is also an argument we hear a lot in the Netherlands. The reality is that, strictly speaking, both countries have the actual physical space to do this. But zoning restrictions and the preferences of citizens come into play. Frankly, at a national level, a country can have a population that is generally supportive of the energy transition but if you start asking people if they would be ok with wind turbines in their neighborhoods or in some way obstructing the view from their windows, many people say no. As much as people may not want to hear it, we’re going to have accept a major amount of change, including getting a lot more used to seeing many wind turbines off in the horizon and, in some cases, not that far off in the horizon. But it’s important that this is done in a socio-economically equitable way.

When it comes to offshore wind, this is obviously more difficult in a way because these turbines need to be built and operated out in the sea, and you need cables and other infrastructure to carry the power onshore, where it is being used. The North Sea is a good example of what is possible. Both the public and private sector are working to transform this area into a major source of power for a large part of Europe. During the early stages, governments supported this effort by providing subsidies to the first movers. But now those subsidies are no longer needed as the energy companies and investors see the market opportunities and are willing to invest in wind, without the subsidies. This is a sign of how fast the market has matured. This has also spurred on technological developments. You even see governments like Denmark, the Netherlands, and the UK working on projects like “energy islands” and other infrastructure, which make it more attractive for private companies to develop large scale offshore wind farms or even hydrogen production. With offshore wind, it’s really important that we’re very careful about protecting marine ecosystems during the construction and operation of these assets.

Those figures are so different because renewable sources of energy are not as reliable as fossil fuels. We need to build far more capacity into a renewable energy sector in order to guarantee enough energy will for sure be generated to meet demand. If you burn a ton of coal, you know roughly how much electricity will be produced but it’s not possible to know for each day exactly how much the wind will blow or how much sunlight there will be. Over time, with advances in technology, we should be able to reduce the excess amount of capacity needed with things like improvements in energy storage capabilities, but for now we will need the extra capacity to make sure the green energy systems of the future are resilient.

Finally, what would be your advice to companies and other stakeholders in the energy sector, in terms of what they should be doing right now to accelerate the energy transition?

First and foremost, my advice is to not wait any longer. We need action now. The disasters we have seen just this year – flooding in Europe, extreme heat in the US - really show that we are losing this battle against climate change. Most companies already have plans and strategies to “go green” but too many have not done much beyond this. I think every company needs to take up those plans now in earnest and really try to reduce their greenhouse gas emissions as much as possible as quickly as possible. And individuals should do the same. Drive less, fly less, try to choose low carbon options when you can.

And for those folks working in the energy sector, I invite you to discover our research “Supercharging Net Zero”. It’s full of interesting data on what the sector needs to do to get us on a path to limiting global warming to 1.5 degrees Celsius. It also contains data about the commercial opportunities available to companies and investors who are ready to act now. You can check out that report here.

Getting to True Net Zero Carbon in the Built Environment