Levelling-up is a shared responsibility

Investable Town Centres: The Art of Doing More With Less 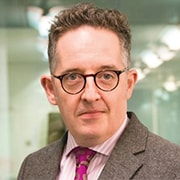 Simon Rawlinson, Head of Strategic Research and Insight at Arcadis, responds to the UK Government’s Levelling Up White Paper and finds that there are plenty of opportunities for construction to contribute.

Way back in the day, I studied geography at university. At the time, the creative destruction of the Thatcher revolution was driving ‘levelling-down’ at a speed and scale from which many communities have never recovered. Today, Levelling Up in the United Kingdom, Michael Gove’s flagship policy, features analysis, data and arguments that could have been made at any time over the past 40-50 years. The problems examined are complex, multi-facetted and deeply engrained. What makes the last week’s Levelling Up White Paper important is the aim to set a long-term agenda that, like net zero carbon, should sit outside politics as a shared endeavour.

Boris Johnson forged his vision of Levelling Up as a shape-shifting vote-winner could mean whatever the electorate wanted it to mean. The success of the levelling up concept certainly contributed to changing the UK’s political geography. At the time, many Red Wall voters claimed that their support was ‘loaned’ to the Tories. Does the White Paper have enough substance to show that Whitehall is listening, and payback is coming?

The White Paper took a lot of flak, partly for its rather otherworldly analysis, dwelling on the fate of Jericho, Nineveh and Alexandria, but also for failing to bring new money to table. In the brutal world of politics, both were easy attack lines but also partial truths. The analysis is detailed and conclusive, and I can’t imagine a future administration having to argue a future case for Levelling Up. The data is clear, even if the analysis is sometimes obscure and on the cash front, it’s also not difficult find money in the paper. There are over £90 billion of funded programmes on pages 1 and 2 of the Executive Summary alone. The money may not be ‘new’ but it is mostly earmarked for the spending period 2022 to 2025. Even with increased spending, austerity-era cuts have not been reversed, particularly with respect to Local Government. However, strategy backed by spending generates opportunity. It can’t be passed up.

Ensuring that all of this policy effort and expenditure makes a long-term difference is one of the defining challenges of the 2020s. Two years after the last election, the paper’s eight missions clearly show how fundamental and complex the issues being tackled are. Getting a man on the moon, one of the last century’s great ‘missions’ was incredibly challenging to achieve but easy to measure. Even agreeing on the outcomes for ‘levelling-up’ will be controversial.


A feeling of optimism

For all of the brickbats, I’m optimistic for Levelling Up. Partly because of the good policy work in the White Paper and also because the missions help to crystalise areas where industries like construction can do more to help now. While at times the White Paper might read like an academic treatise, there are still plenty of practical steps to take and potentially resources to support them.

So, what do I like in the White Paper and what actions should our sector consider? Firstly, I admire the thoroughness of the research base. Some might say that it states the obvious, but you need the data to make the right decisions. Secondly, the six ‘capitals’, or key factors that will help drive Levelling Up, help because they emphasise that missions will move forward on multiple fronts, and that they have to be treated as a dynamic system of systems. I also like the idea of the missions themselves, not because they have the glamour of the moon-shot, but because they have the scale and criticality that will ideally place them beyond day-to-day politics. Parties can argue over the best way to improve primary education, but the mission to improve literacy and numeracy outcomes should remain consistent, highly visible and measured. That hasn’t always been the case.

So, what do we do now? We could wait for the legislation to devolve more power to Combined Authorities and Counties. We could wait for the extra money targeting health and education to make a difference. Or, we could chalk it off as another missed opportunity and just wait for another general election to come along. Alternatively, could construction take a cue from the White Paper and make Levelling Up a movement, a bit like other sectoral priorities such as Construct Zero?

If you take a look at the missions, it is readily apparent that many are inextricably linked to what we do or how our businesses operate. The pay and productivity mission is not only about infrastructure and inward investment, it’s also about the health and growth potential of SMEs and the effectiveness of the workforce. Construction’s own productivity challenge is at the heart of the Levelling Up agenda, so we have a role to play. Similarly, the skills mission and construction’s workforce challenge are joined at the hip. Greater incentives for local employment and support for local training, leveraged by value-based procurement also highlight the reciprocal relationship between our industry and the communities who we work with and for. I’m also struck by the Pride in Place mission and its links with what construction does, not only because of the continuing role of regeneration in the Levelling Up mix, but also because of the industry’s long-term strength in leveraging projects to support local causes and communities. So much of what we do is already aligned to the missions, so we should celebrate and make more explicit our alignment to the vital cause of eliminating inequality in the UK.

The fate of the Levelling Up policy hangs in the balance. Being so closely linked to Boris Johnson, the aspiration of the policy could soon be forgotten. However, the missions are built for the long-run and the problems won’t solve themselves. Levelling Up is aligned to the interests of our sector and, regardless of the politics, we should get behind it.