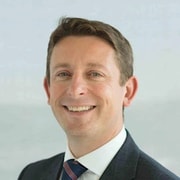 With the dust settled after it’s long awaited launch, Arcadis’ Northern Cities Executive, Richard Bonner takes a closer look at the Levelling Up White Paper and the key elements that will need to be embraced across the North if it is to be a success.

When the Government released its much anticipated Levelling Up White Paper last week. The immediate reaction from businesses across the North was mixed. Most welcomed the analysis and the 12 missions as positive steps but questioned the lack of new funding and clear strategy for delivery. But with time to digest this lengthy document, there is undoubtedly much to like and for the industry to put its full support behind. With Michael Gove making clear his own commitment to the cause at last week’s Convention of the North, there’s a growing feeling that at last, all parties involved in the task of Levelling Up are aligned on the scale and collaboration needed.

One of the things most pleasing to see was the re-commitment to further devolution which will be essential in equipping local areas to work across their stakeholders and citizens to shape solutions that accelerate economic growth, transport links, skills and life chances. Even more pleasing is seeing it actually happening, with the next local deals coming forward for Durham, Hull & East Yorkshire, as well as trailblazing developments to further extend powers for Greater Manchester. These are the first tangible steps of Levelling Up in action and a good next step would be to see smaller towns and urban areas being picked up by the proposed county deals and further detail on the powers and remit of the new Levelling Up Council.


Funding is out there, getting it to the right places is key

A major criticism aimed at the White Paper was the lack of new funding and while big new funding announcements would have of course been welcome, the more pressing concern for most northern cities and towns will be accessing the myriad of funding pots that have been announced for the 2022-25 spending period that have been brought under the banner of Levelling Up.

The White Paper’s focus on channelling this funding into key transformative projects will be crucial for the economic growth of the North’s key towns and cities. This builds off the work Arcadis has been doing to support a number of northern towns in securing Future High Street and Levelling Up Funds to support wider regeneration and renewal programmes. A further emphasis towards the High Street Task Force will bring added momentum, and should be directed to attracting private sector investment to sit alongside the public sector seed funding.


R&D and the importance of clusters

The decision to place R&D at the heart of Levelling Up should also be welcomed. Northern cities have long recognised that aligning our universities and R&D capabilities to our key economic clusters is vital to align resources, funding streams and capability. As an example, Arcadis’ work with the University of Manchester in delivering the Graphene research and industrialisation facilities (GEIC), demonstrates how taking research and innovation and applying a laser focus on commercialising the benefits can contribute towards creating jobs and growing productivity.

It’s clear this focus also aligns to the wider clustering between universities and NHS Trusts in cities like Manchester, Leeds and Liverpool. These centres of excellence are catalysing wider community regeneration and benefits, helping to address social inequality, digital exclusion and access to good quality local jobs. Building on these early successes will create a strong platform for further funding and growth.

Across Northern cities, accelerating the delivery of housing to match the needs of our communities is vital, and it’s pleasing that several measures identified in the White Paper are targeted towards accelerating brownfield development and housing delivery. In particular, the realignment of the UK Local Government Pensions Scheme and breaking the 80/20 rules on government funding allocations have the potential to unlock significant numbers of new homes.

The ambition to create transport settlements and devolution deals to create more ‘London Style’ transport networks, as well as using the recently announced City Region Sustainable Transport Settlements, will also be essential to supporting the connectivity of our citizens and growing skilled jobs.

Arcadis’ work in connectivity, in city regions such as Liverpool and Greater Manchester and more generally our involvement with Network Rail on aspects of the Trans Pennine Upgrade, recognises the scale of the challenge ahead. Working with stakeholders to create clear programmes of delivery will be vital to bring these investment programmes forward efficiently and at speed.

Overall, the overarching ambitions of the Levelling Up White Paper and the direction and support towards our great Northern cities and towns are very welcome. But, given how politicised Levelling Up has become, it’s clear that keeping up momentum could be challenging, especially if there’s a change in administration in the coming months. Therefore, continued development and dialogue with the Government will also be essential to ensure any remaining questions around delivery are resolved.

Levelling-up is a shared responsibility