The future of rail is green 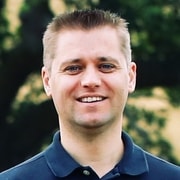 For some, the mere notion of a railway or transportation corridor appears to signal the death knell of all wildlife and flora on the proposed route.


Whether it be disruptions to ancient woodlands or the plight of recalcitrant elephants accidentally meeting their maker on the vast rail networks of the Indian subcontinent, the peaceful co-existence of machines and the flora and fauna of nature seems to be almost impossible.


But is that really the case?


Yes, because the line of route is pre-determined by the engineering challenge, not by the needs and desires of the wider community. But in the new age of social value, communities and transport as connectivity, will we see the role of biodiversity and ecology taking a more centre-stage approach.


But while this is true for new and proposed infrastructure, Network Rail responsible for the safe and efficient running of this busy and extensive transport infrastructure manage the habitats alongside our 32,000 km of track and have long committed to an action plan, something laid out in their 2018 Biodiversity Plan. Within a period of 15 years, from 2020 to 2035, the infrastructure owner is committed to achieving a ‘no net loss’ by 2024 and a ‘net gain’ by 2035.


John Varley’s independent report to the Department for Transport on Network Rail’s approach to vegetation management was published in November 2018 – Valuing Nature – a railway for people and wildlife: Network Rail Vegetation Management Review.


Changes to the fabric of the industry and its love affair with franchising will change the shape of how our railways are conceived, modernised and reimagined for years to come. But the core topics of Varley’s recommendations must persist if we are to collectively gain from the green infrastructure initiative.


This landmark review made six key recommendations, summarised below, to change the way vegetation is managed for biodiversity and the environment across the rail network.


1. Delivering for the Environment: the UK Government must define how Network Rail should contribute to its wider vision for the environment, published in the 25 Year Environment Plan, including landscape-scale benefits, habitat creation and restoration, and the provision of wildlife corridors.


2. Mainstreaming biodiversity in decision making: appropriate governance must be embedded at the Board, route and project levels to ensure environmental outcomes are considered alongside safety and performance.


3. An ambitious vision: a high-level strategy and plan for management of the lineside estate should be published. This should identify key outcomes and how these will be achieved through partnership working.


4. Valuing and managing lineside estate assets: Network Rail should undertake a comprehensive baseline asset check of habitats and biodiversity across its estate to form the basis of future route-specific habitat management plans.


5. Improved communication: Network Rail should ensure they are open and transparent in their plans for vegetation management, ensuring they communicate effectively with stakeholders and neighbours.


6. Culture change: the organisation should lead a cultural change for valuing nature and the environment at all levels within the rail industry. This should be coupled with training and recruitment to ensure that specialist skills and competencies are present in the organisation. Innovative approaches to managing biodiversity should be developed with best practices showcased through demonstration projects.


What does this mean in practice? Let’s look at the case of HS2. The report suggests that once construction works are over, the benefits of the “green corridor” being built around HS2 turns the project in effect, into an environmental positive.


Firstly, the benefits from shifting road and air traffic to rail, and boosting commuter rail is a substantial CO2 and environmental benefit of its own. Then, HS2 has plans focused on delivering a ‘green corridor’ that will run alongside the railway, consisting of new wildlife habitats, native woodlands and community spaces to help integrate the new line into its surrounding landscape. The scale of work will be the largest ever undertaken by an infrastructure project in the UK, with a network of environmental projects stretching from London to the North of England.


Along the Phase One route alone, which covers 216km from London to the West Midlands, the green corridor will encompass seven million new trees, over 33 square kilometres of new wildlife habitats (equating to the size of 4,600 football pitches), 226 new ponds, tailor-made homes for wildlife, landscaping that re-uses around 90 per cent of excavated material and the opportunity to support community projects and develop amenity spaces such as access routes, public parks, open spaces and nature reserves.


This initiative sets new standards for how Britain and the rest of Europe builds the next generation of major infrastructure projects and is a perfect example of how a green corridor can be ‘designed in’ to a scheme of this nature.


The Government has also confirmed a £2 million extension to the HS2 Woodland Fund, so it can cover Phase 2a of the railway, from the West Midlands to Crewe. The fund is designed to help landowners near to the route directly create new native, broadleaf woodlands and restore existing ancient woodland sites. This is in addition to the extensive green corridor plans and community funds that are already in place.


The appearance of the green corridor will be tailored to the surrounding environment, with native tree species used to ensure that the new woodlands reflect the unique landscape of the different regions that the line passes through.


One of the bigger benefits of a long railway is that it’s able to create links between pockets of wildlife otherwise isolated in bubbles of modern farmland. The ribbon of nature running alongside existing railways is one of the lesser appreciated aspects of the UK’s railway infrastructure.


It does, however, fit in with modern thinking about how to support biodiversity in the countryside, rather than trying to protect the bubbles as isolated entities, to join them up into larger bubbles, using the railway as the linking joints.


It’s seemingly a paradox that high-speed rail can do more to improve biodiversity than a slower railway could achieve but managed correctly, there’s absolutely no doubt that this is the case.

Back on Track: How innovative engineering can help provide the improvements Network Rail needs