The dynamic construction industry is reaping the benefits of proactive dispute avoidance, mitigation and resolution techniques

Highlands Ranch, Colorado — June 26, 2019 — A report released today by Arcadis, (EURONEXT: ARCAD), the leading global design and consultancy for natural and built assets, reveals that the value of construction disputes in North America dropped for the fifth consecutive year, while the average time taken to resolve these disputes also dropped in 2018.

This year’s focus is on the importance of being proactive with early, formal and contract-mandated techniques such as risk management, dispute review boards and mediation.

Research is based on construction disputes handled by Arcadis in 2018, with contributions from industry experts.

“With mega-projects continuing to expand around the globe, contracts, plans and projects themselves will be more complex, and more parties will be involved in the construction process,” said Roy Cooper, head of contract solutions for Arcadis North America. “With more project participants, it is essential for those involved to understand the contract, their role in the project and how to work with the team.” 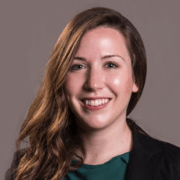