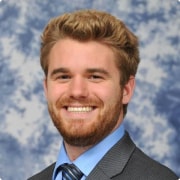 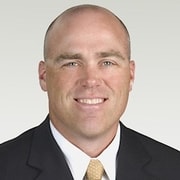 Arcadis’ Laying the Foundation for Success details the latest trends in construction contract disputes. This year, industry-wide commitments to early avoidance, early mitigation and early resolution helped drop the value of disputes and the time it takes to resolve them in North America.

It was so encouraging to see companies prioritizing human factors of resolution, and it reminded me of one of the first lessons I learned working in the field: humans are at the core of most disputes.

Going into my first civil engineer role, I was sure my textbook technical knowledge would allow me to make an impact for my new team. My first cup of coffee was still warm when I realized how much I had to learn. Personalities suddenly mattered as much as what I learned in college.

I had no techniques for dealing with differing views, let alone people that were consistently grumpy or downright unreasonable. Without those tools in my kit, strategic communications weren’t penetrating deep enough to catch potential issues early. Once I figured out that most disputes could be traced back to a human error or communication issues, I established a few principles to guide my working relationships.

Large projects bring together a host of varied personalities, mindsets and values. Some people are laid back, some are intense. Some prefer conversations while others like to write out their ideas.

The combinations always differ, but one thing is for certain: Nearly every major project dispute could be traced to poor communication. You can find plenty written on workplace communication, but the most effective, simple tip is to commit to regular, intentional communication.

Consistent discussions with project participants create an atmosphere where people – even those who might prefer an email over a phone call or face-to-face meeting – feel more comfortable asking questions and sharing their ideas. It might be tempting to shoot off instructions or documents via email, but touchpoints will prove more effective in the long run.

It sounds obvious, but yes, everyone should know the contract like the back of their hand! It’s the bible for the project. I’ve seen many conflicts arise because participants failed to read a contract at all, or only read the provisions they thought applied to them, only to find out they were wrong later.

Dr. Martin Luther King once said that “nothing in all the world is more dangerous than sincere ignorance and conscientious stupidity.” Failing to know a contract is a bit of both, and it creates real conflict down the line.

Even when everyone’s committed to reading the contract, engage all parties to ensure you’re all on the same page. Contracts can be confusing and open to multiple interpretations. Fully understanding the responsibilities of everyone involved brings clarity to issues that would otherwise be foggy.

Keeping these principles in mind will ensure contract issues are raised and considered thoughtfully. Healthy discussions – even debates – during project planning can help your teams sidestep the costs and frustrations of formal disputes.

Realizing the value of change with advanced asset management

With funding available, is the water industry ready to deliver?

A case for construction creativity in the wake of COVID-19